Exercise Talisman Sabre is a biennial combined Australia and United States training activity that is in its 9th rotation.  The exercise is designed to train the military forces in planning and conducting combined Task Force operations to improve their combat readiness.  This exercise is a huge undertaking that reflects the bond and strength of our relationship with the United States Military.

Talisman Sabre is an (international) and joint (Army, Navy, Air Force and Marines) exercise that involves thousands of defence personnel on the land, sea, and in the air, using warships, fighters, bombers, helicopters and armour and artillery.

FUN FACT – The spelling of Sabre (Australian) and Saber (American) alternate depending on which country is leading the exercise.

Talisman Sabre 2021 commenced in Queensland on 14 July 2021 with the Minister for Defence the Hon Peter Dutton MP officially opening the exercise at RAAF Base Amberley, the exercise will conclude on 31 July 2021.

Talisman Sabre is Australia’s biggest military exercise with the United States.  In addition to the United States, forces from Canada, Japan, New Zealand, the Republic of Korea and the United Kingdom are participating, also Australian based personnel from India, Indonesia, France and Germany will also observe the exercise. This exercise will involve more than 17,000 Defence personnel, 8000 of these being Australian Defence personnel, as well as 40 aircraft from the Royal Australia Air Force, and at least 12 foreign military ships, will also be taking part in the exercise. 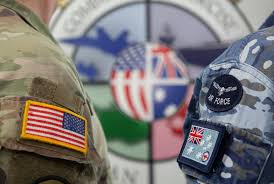 Commemorating the Crew of the Number 11 Squadron, Catalina A24-50

THE IMPORTANCE OF OUR VOLUNTEERS